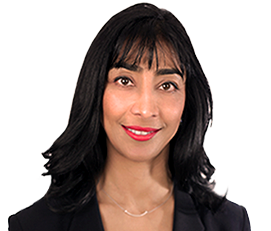 Sheila is briefed in a wide range of matters, including Administrative Law, Bankruptcy Law, Consumer Law, Class Actions, Family Law and Migration matters.  In recent years Sheila has developed a specialisation in Taxation and Revenue and is regularly briefed by the Chief Commissioner of Taxation (NSW) in State Tax matters, the Secretary for the Northern Territory in Mineral Royalty matters and taxpayers in relation to the imposition of Federal Taxes.

Sheila approaches her cases with hard work, attention to detail, intelligence and confidence.  Her capacity to process complex material with insight is reflected in her success rate with resolving disputes.

Sheila is aware of the challenges to access to justice and regularly acts for clients on a pro bono basis.  Notably she was a valuable member of the team who acted  and won in Aid/Watch Incorporated v Commissioner of Taxation which effected a major change to the law of charities.  Recently, Sheila  won a victory in class action proceedings involving MH17, which flight was shot down over the Ukraine, against Malaysian Airlines.

In addition to the above, she is an active member of the NSW Bar Association and is involved in giving lectures to the College of Law on advocacy.

Prior to coming to the bar Sheila was a Senior Associate at Ashurst in Sydney and King & Wood Mallesons.  Sheila also worked in London for Clifford Chance prior to migrating to Australia.